See How To Make The Perfect Marijuana-Smoked Gelato At Home 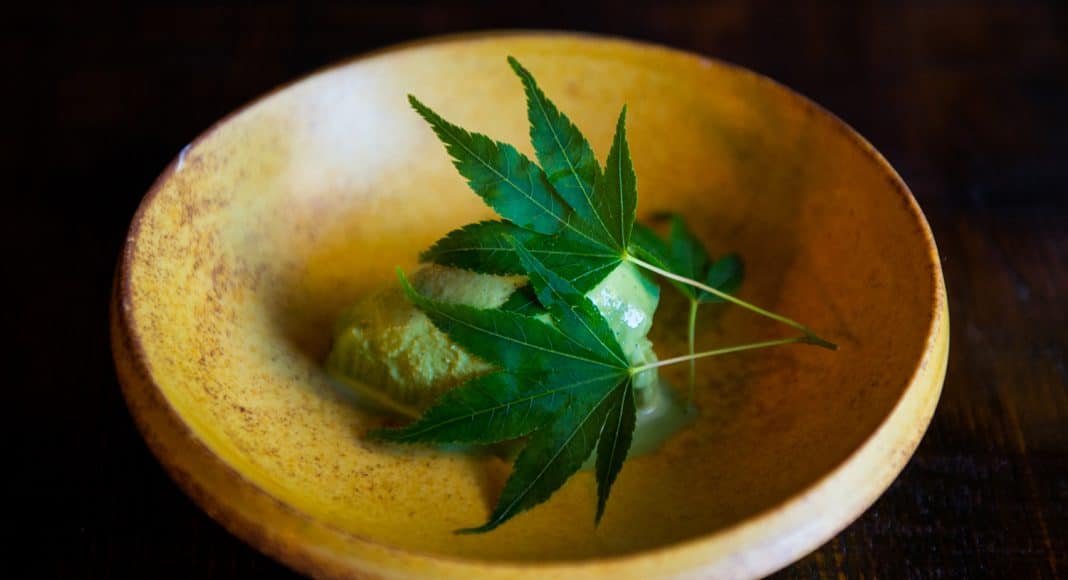 The act of cold-smoking matcha gelato may not sound like your cup of tea, but as chef Shota Nakajima demonstrates, it’s really quite easy. All you need is an ice cream maker and a smoker. And some basic ingredients you probably already have in your fridge for the gelato base.

“You can also just use melted vanilla ice cream for the base,” says the 27-year old chef-owner of Adana restaurant in Seattle. “Then re-churn it after you smoke it.”

For a Fresh Toast demo, Nakajima, who worked at Japan’s Michelin-starred Sakamoto before opening Adana’s predecessor, Naka, in 2015, cold-smoked gelato using cedar chips. But you can use…pretty much anything.

“If you’re using marijuana,” Nakajima says, “when the gelato melts, you get this nice, marijuana flavor. It tastes delicious!”

Here’s how you can do it at home.

Place mixture in metal container, cover with plastic wrap, make a small hole in the plastic wrap and insert smoker (make sure to seal it as best you can) and fill container with smoke. Ideally, chill smoked mixture overnight to thoroughly infuse it. Place mixture in an ice cream machine and churn until desired consistency (about 20 minutes). Eat!

Facebook
Twitter
Linkedin
Email
Print
Previous article5 Tips To Help You Get Fit After All Those Holiday Treats
Next articleOprah Winfrey 2020: What Is Her Stance On Marijuana Legalization?