Is This Why Adele Split From Her Husband?; Britney Spears Comments On Rumors She’s Being Held Captive 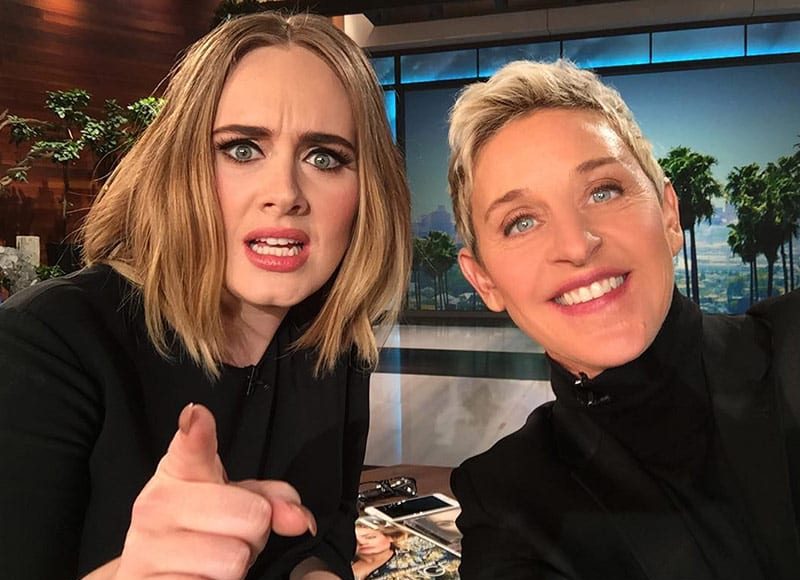 Did Adele split from Simon Konecki because he couldn’t handle her fame?

A source is telling E! News the two decided to go their separate ways because “they just grew apart.”

The source reveals they plan to “keep this amicable.”

Britney Spears responded to rumors she’s being held against her will at a wellness center and said her family is receiving death threats in a video posted to Instagram Tuesday evening.

Fans began the #FreeBritney based on unfounded rumors that the 37-year-old pop star was being held against her will at a mental health institution by her father, Jamie Spears.

The 66-year-old gained sole conservatorship of his daughter’s estate in March after the singer’s attorney, Andrew Wallet, suddenly resigned.

Wallet had controlled Spears’ finances since her public meltdown in 2008. The artist checked herself into a wellness facility for mental health treatment earlier this month to help her cope with her father’s declining health, Fox News previously reported.

“There’s rumors, death threats to my family and my team, and just so many things crazy things being said,” Spears wrote Tuesday without clarifying whether she was kept at the mental health institution against her will or if she voluntarily committed to treatment. “My situation is unique, but I promise I’m doing what’s best at this moment,” she added.

Adding fuel to the fire, Britney’s mother, Lynne Spears, 63, liked several comments on her own Instagram post last week that supported rumors of her daughter being held captive. “Give Britney back her freedom, her voice, her life! Love you guys #freeBritney,” read one post the matriarch liked.

The “Toxic” singer concluded Tuesday’s post by assuring fans that she’s strong and stands up for what she wants. “Your love and dedication is amazing, but what I need right now is a little bit of privacy to deal with all the hard things that life is throwing my way,” Spears said. The songstress announced in January that she was taking an indefinite hiatus on her “Britney: Domination” show in Las Vegas to be by her father’s side as he battles a serious colon condition.

Facebook
Twitter
Linkedin
Email
Print
Previous articleSurvey: Nearly Half Of Us Would Rather Have A Clean House Than Sex
Next articleThere’s Mounting Evidence Meghan Markle Has Already Given Birth