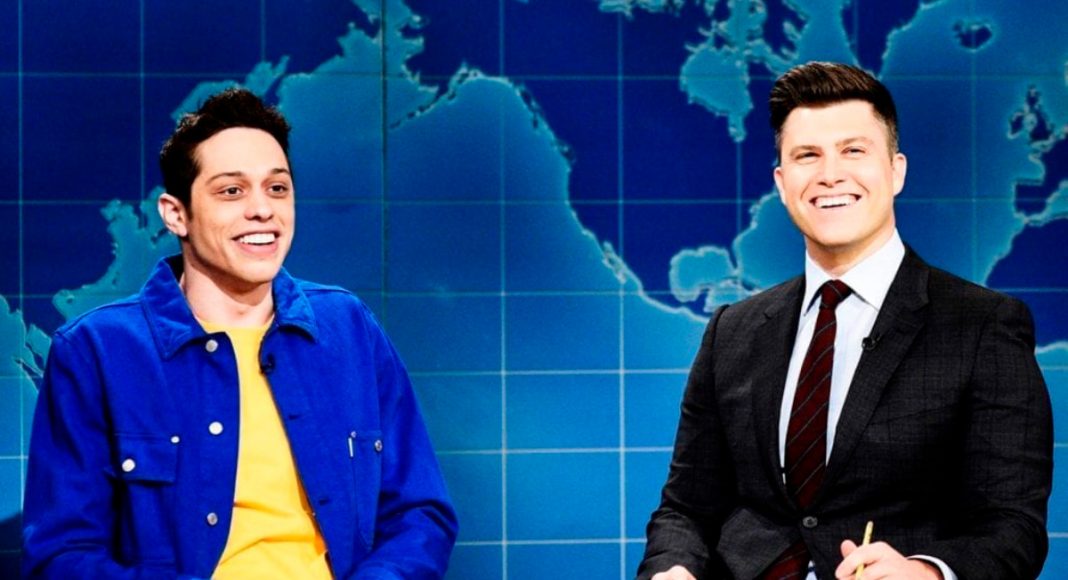 Kate Beckinsale and Pete Davidson have apparently called it quits on their three-month romance.

According to Entertainment Tonight, The Widow star and Saturday Night Live comedian parted ways amicably. “They’re still friendly but are not on romantic terms,” the source allegedly told the publication.

These rumours should be taken with a pinch of salt however, as PEOPLE are reporting that the pair are “still dating” but have just “decided to slow things down a bit” because they “got super serious very fast.”

Elsewhere, another insider told Page Six that Beckinsale “struggled with the attention on her relationship with Pete” and the fact that “he lives his life with his heart on his sleeve.” The same outlet states that it was not the couple’s much-talked-about age difference that contributed towards their split.

Beckinsale, 45, was first linked to Davidson, 25, when they were spotted leaving a Golden Globes after party together on 6 January. Since then, they have been photographed packing on the PDA at numerous events including a New York Rangers hockey game at Madison Square Garden in early March.

Ed’s manager, Stuart Camp, posted a photo of the 28-year-old singer standing in front of a green screen while staring at the camera. “This guy! Something is happening,” he captioned the post.

RELATED: These 10 Celebs Shamelessly Love Weed More Than You

It didn’t take long before fans realized that Stuart’s caption and photo was an almost exact replica of a post Justin’s manager, Scooter Braun, posted just last week. “This guy! Something is happening. Love it,” Scooter captioned the similar photo of Justin staring at the camera in front of a green screen.

Clearly, something really is happening! While it’s not clear what exactly that something is, a source close told The Blast the two stars — who have worked together before, Ed co-wrote Justin’s 2015 single “Love Yourself” — are definitely working on a new project together. However, the insider remained tight-lipped when asked if it was new music.