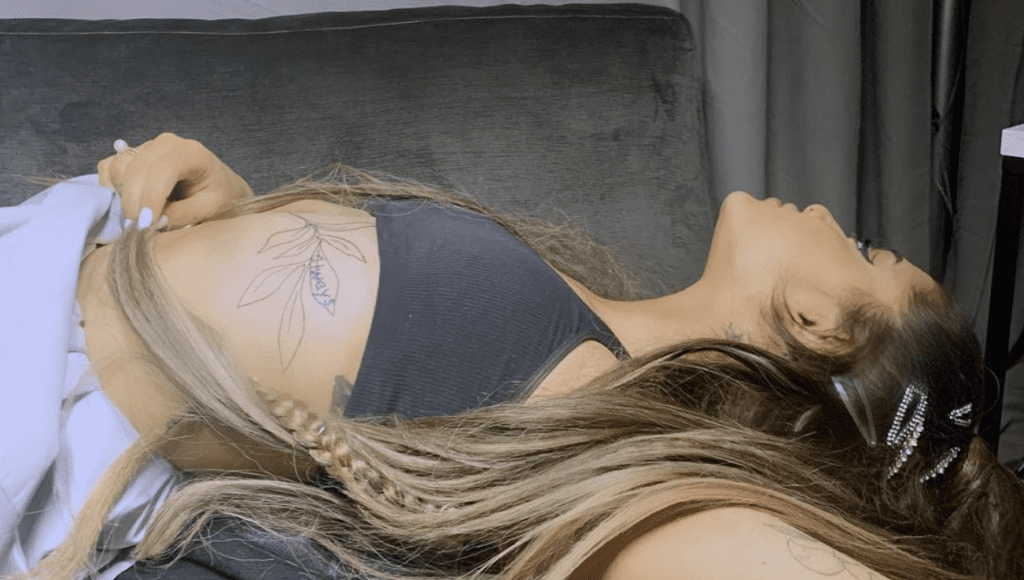 Ariana Grande decided it was time for “always” to get an upgrade.

During the pop singer’s whirlwind romance with comedian Pete Davidson last year, the two got several matching tattoos, including the word “always” in the other person’s handwriting.

Now Grande has decided to add on to hers with a branch of leaves across the left side of her ribcage, which she showed in an Instagram post on Sunday.

She captioned the photo: “post run thrus, 3 am with @girlknewyork

not a cover up just evolvin

also, our show opens tomorrow. i love u and i’m so grateful. see u soon.”

post run thrus, 3 am with @girlknewyork 🙂 not a cover up just evolvin 🌫 also, our show opens tomorrow. i love u and i’m so grateful. see u soon.

Jessica Simpson shared a shocking photo of her massive baby bump and it looks like the singer is about to pop at any minute!

Sporting shades and a tiny bikini top several sizes too small, the pregnant star shared a photo gently placing her right hand on her growing belly and captioned the snap “Jess-tation.”

“Brad isn’t thrilled that Angie takes the kids to movie premieres, but it’s not going to trigger any actions,” a source tells Us Weekly exclusively. “Angie has always chosen to be more public with the kids than Brad has.”

The 43-year-old Maleficent: Mistress of Evil actress has stepped out with Maddox, 17, Pax, 15, Zahara, 14, Shiloh 12, and 10-year-old twins Knox and Vivienne on multiple red carpets in recent months, including at The Boy Who Harnessed the Wind premiere in New York City on February 25. Less than two weeks later, Jolie and her four youngest kids were all smiles at the premiere of Dumbo on Monday, March 11.

According to an eyewitness, the kids enjoyed “plates of assorted corn dogs and hot dogs, bags of candy, cupcakes and chili cheese fries” during the family outing.