Here Are 6 Of The Richest Animal Celebs In The US

Saying that animals are amazing is redundant, like saying that water is wet. Your pets are there for you, listening and offering support in ways that humans sometimes can’t.

We’ve compiled a list with the most famous pets in the world, some of whom have inherited obscenely large amounts of money from their owners, other who’ve gathered internet fame because they’re extremely cute, and those who became famous because of their unbelievable stories.

Also known as Tardar Sauce, this cat is so famous we doubt there’s someone on the internet who hasn’t seen its face on some meme. An online sensation and celebrity, Grumpy Cat has Twitter, Instagram and Facebook accounts, where she has gathered millions of followers and devotees. Grumpy Cat has had meet and greets in all parts of the world, where people line up and wait patiently for a chance to take a picture with her. There are all types of merchandise featuring Grumpy Cat, from books, to t-shirts, to anything you can possibly imagine. She’s been featured in millions of day shows and has even thrown the ceremonial first pitch at an MLB game. She’s also worth more than 100 million dollars. 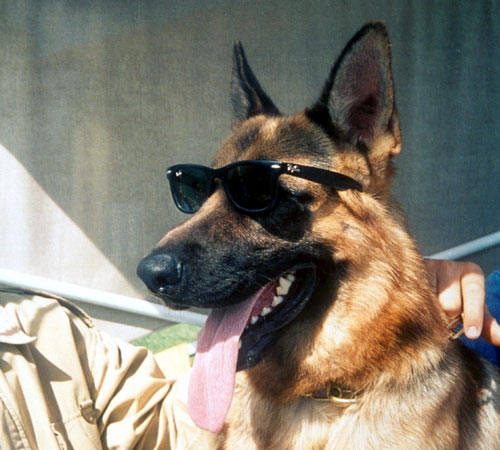 This dog is living proof that investing your money is a smart thing to do. His father, Gunther III, was owned by the generous german millionaire Karlotta Libenstein. At the time of her death, people were surprised to find out that she’d stated in her will that her dog would inherit more than 65 million dollars. Some years later, when Gunther III passed away, Gunther IV inherited all his money, which had grown to the crazy amount of 372 million dollars. His caretaker purchased Madonna’s old house in Miami that’s worth around 7 million dollars. Gunther IV is able to roam around the luxurious gardens and is rumored to dine every night on caviar and steak. Thanks, Karlotta!

Monkey kisses!!!! What a great day on set. #crystalthemonkey

While some of the animals on this list have inherited their money, Crystal’s case is a different one. She’s crafted an acting career that has spanned over 20 years, debuting as a baby monkey in George of the Jungle and later moving on to huge box office sensations like The Hangover Part 2 and Night at the Museum. For a while there, Crystal was paid more than the average TV actor, earning over 12,000 per episode for her NBC show, Animal Practice. Look out Meryl Streep.

Happy #NewYear from Daddy @karllagerfeld and moi. May 2017 be a sparkly as my big blue eyes. ✨?? #KarlLagerfeld #Choupette #Chanel #Fendi

Choupette, aside from being owned by Karl Lagerfeld (the head of Chanel), is also a hard worker, having made over 4 million dollars modeling for Vauxhall Corsa and Shu Uemura. Choupette has an enviably delicious Instagram account filled with international flights, expensive meals and lots of lounging. She has two maids that tend to her feline needs and over 58 thousand followers on Instagram. Le Sigh.

It’s true. It is time for a female president. #HEROCAT pic.twitter.com/Ot3io3AytD

Tara saved her young owner from a brutal dog attack and obtained fame overnight, appearing on the Today Show, Good Morning America and several other news outlets. The video became an online sensation, breaking a record and becoming the first video on Youtube to gather 5 million views in just two days (Sorry, Justin Bieber). After her success, Tara the Hero Cat acquired an agent from Jukin Media and now has a website where you can order all types of merchandise, from mugs, to t-shirts, to yoga pants. She also has accounts on Twitter, Facebook and Instagram.

Lil Bub became famous due to its cute tongue and perpetual kitten looks. Turns out, she was the runt of the litter and was born with several genetic mutations which would require special care. Her owner, Mike Bridavsky, has used her internet fame to gather funds to treat her disease and raise awareness and money for other animals in need. Lil Bub has appeared in movies, has written books, and has a Spotify account of electronic music featuring her own cute meows. She has raised more than 300,000 dollars for APSCA, the first fund for animals with special needs. She’s a pretty badass kitten.

Facebook
Twitter
Linkedin
Email
Print
Previous articleThe Secret Motivator You Need For A Fit And Healthy You In 2017
Next articleExtreme Fitness In 2017: 5 Insanely Difficult Workout Classes