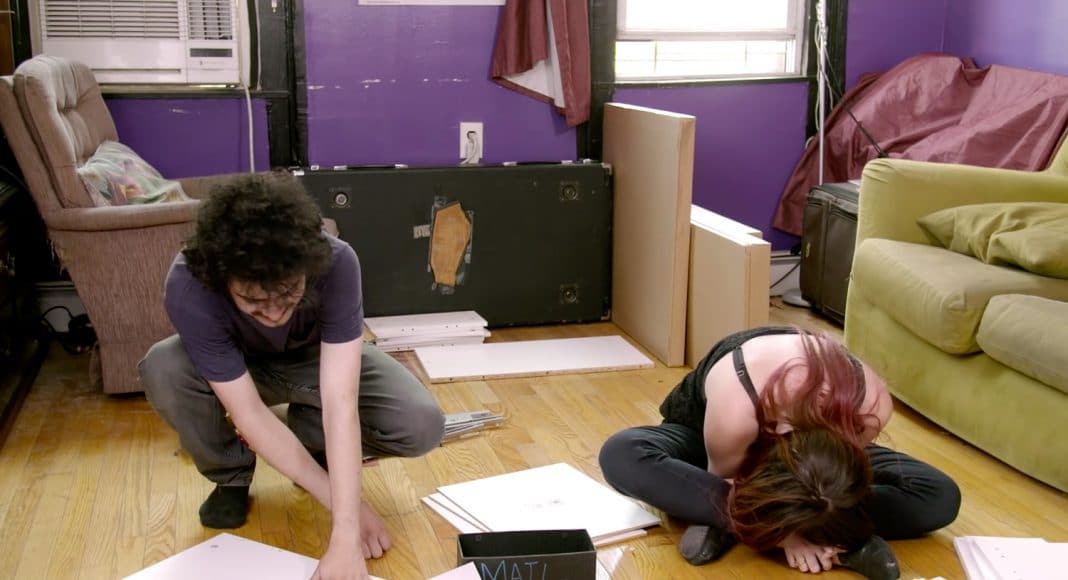 For everyone who isn’t a masochist, assembling Ikea furniture is hell. The best case scenario is you spend two hours cursing and end up with a cheap piece of disposable furniture that you’ll have to throw away the next time you move. But what if you assembled that cabinet set while insanely high on psychedelics?

That’s the question two advertising bros—Hunter Fine and Alex Taylor—asked themselves before developing Hikea, a new YouTube series dedicated to filming New Yorkers who are blitzed out of their minds.

“We knew we had something there and thought it would be a fun social experiment to pair different drugs with different pieces of furniture,” Fine told Fast Co. “Because building Ikea furniture is such a universal rite of passage and a struggle we all know, it seemed naturally relatable to amplify the degree if difficulty with something a little stronger.”

The first clip (above) is titled GIANCARLO & NICOLE + LSD, and it’s just that: A couple named Giancarlo and Nicole take LSD before attempting to build a small cabinet. Their attempt lasts about four hours, before the pair abandons it to go hang out at a nearby playground.

“Oh, wow,” Giancarlo says at one point during the build, staring out a window. “Outside. It’s, uh, like neutrality of any emotion. It is. It’s just there. That’s cool, man. It’s just there.”

The second clip stars a man named Keith, who eats an eighth of mushrooms before trying to put together a small desk. It doesn’t go well.

“I feel like on a shrooming scale I’m somewhere near bananas” he says about 45 minutes into his trip. “I’m able to communicate effectively though my voice and mouth box. But somewhere there’s a grease fire in my thought box. But I retain control.”

Thirty minutes later, the grease fire in his thought box grew too hot, and he lost control. “This is a book of lies,” he says, tossing down the instruction manual. Here’s what happened next, from Fast Co.:

Other than dazing out, the only problematic behavior that’s emerged so far in Hikea’s brief history is that the subject of episode 2, the psilocybin-addled Keith, just wandered off for about a half-hour, worrying the creators a great deal. When he returned, however, he simply drank some orange juice, made a drawer and called it a day.

Keith finished the drawer in five hours, and he only skipped 12 steps from the instructions.