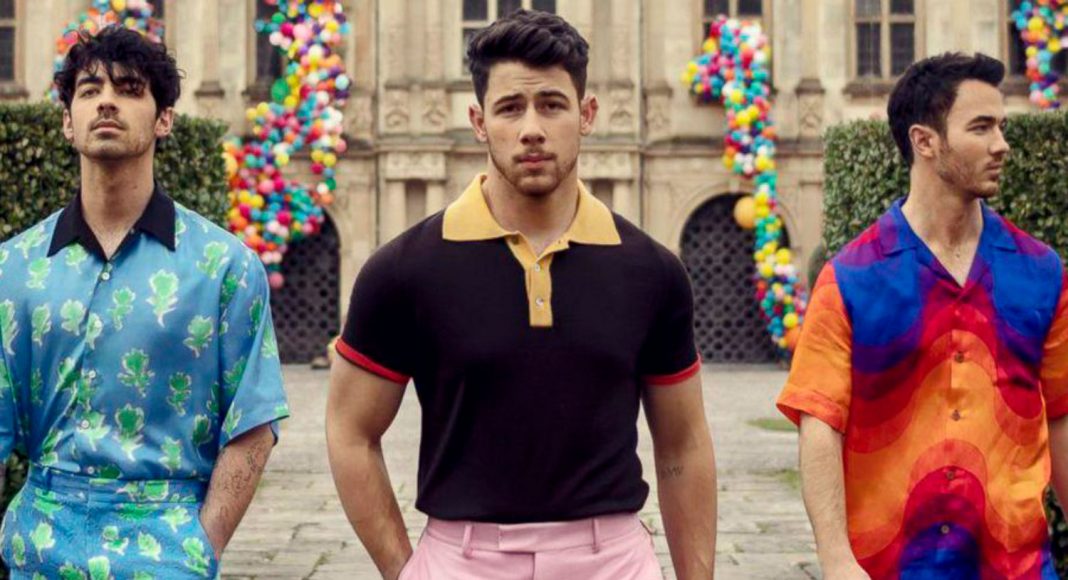 Jonas Brothers Reflect On How Fame Impacted Their Parents

In the band’s new episode of Dr. Phil’s Fill In The Blanks odcast, the act also got candid about a topic near and dear to their hearts: how the trio’s fame (and accompanying breakup) impacted their parents.

“I think it shook him, for sure,” Nick said during the podcast of how the group’s troubles impacted their parents. At the time, Paul Kevin Jonas, Sr. played both the roles of father and manager, but Joe said that he has moved onto new ventures and has been able to take a step away from the entertainment industry after beating cancer in 2018. “He opened a restaurant in the same few months of finding out that he had cancer, so the restaurant business is like buying a boat. It’s a pretty scary and bad idea, but he opened up a beautiful restaurant in his hometown and employed all of his hometown friends from childhood,” he explained. For us, that’s kinda become a nice escape.”

Dr. Phil went on to urge the brothers to be as open and honest with their parents, specifically because of how much they helped make their dreams come true. “[Paul Kevin Jonas, Sr.] couldn’t be more proud and I think what he says in the doc is probably the thing that hurt him so much was seeing us have issues with each other when the band broke up,” Joe continued. “But the healthy relationship that we have now, he’s like ‘That’s the most important thing.’

Demi Lovato’s drug dealer, Brandon Johnson, who supplied the singer with the drugs that led to her near-fatal overdose, has been charged with heroin possession in a new case.

As per TMZ, Johnson is facing three misdemeanor counts for shoplifting and possession of both heroin and ketamine after he was caught trying to steal from Macy’s. Law enforcement sources told the celebrity gossip outlet that Johnson recently walked into the retail store in San Fernando Valley and went into a fitting room with a Michael Kors backpack, a pair of pants and a Puma hoodie. Johnson walked out with just the backpack and tried to run after not paying for the items, but he was stopped by security. The backpack was stuffed with the stolen items, totaling $440, and the drugs.

In August 2018, Johnson revealed that the chart-topper sent him a text message at 4 AM the morning of her near-fatal OD and asked him to come over. While she didn’t explicitly explain why she wanted him over, the reasoning was pretty clear. “I disclosed to her that these are not pharmaceutical. They’re aftermarket pills. They’re much stronger,” he explained. “[Demi] understood fully and it’s unfortunate what happened. I’m not here to hurt anybody. I care for her very much.”

Johnson never faced charges or was investigated for his association with Lovato’s overdose because the incident was categorized as a medical emergency, but it seems like his behavior has finally caught up to him.