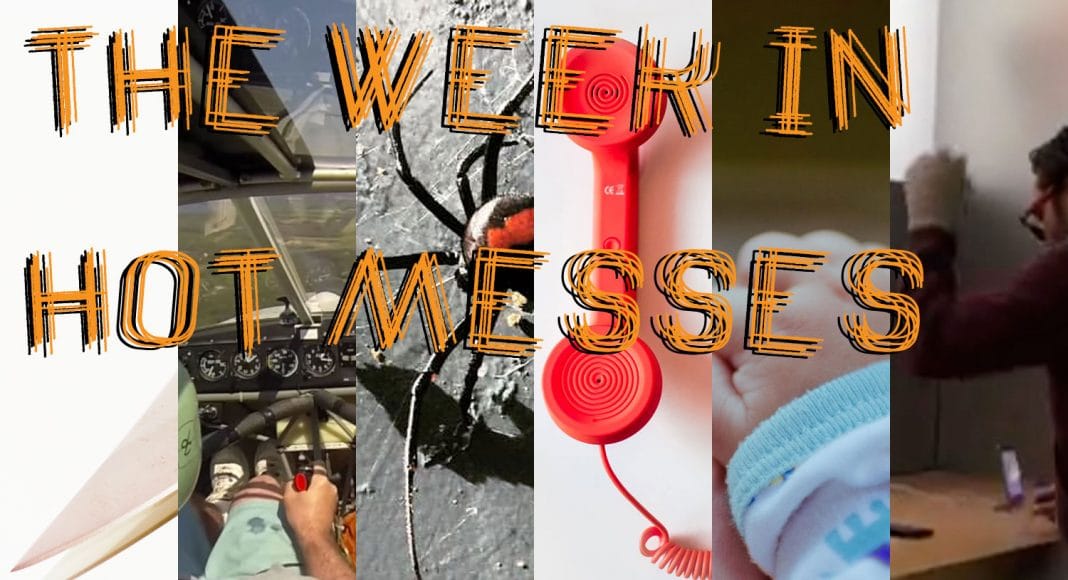 Usually, the United States of America is a hot bed of  Hot Messes, with a disproportionate amount of those taking place in the Sunshine State. But not this week, when half of our stories took us around the world, with bizarre crime and unfortunate animal attacks occurring in France, England, and Australia. But don’t worry, Trump-supporters; even with the international competition, America remained great this week with three strange stories of its own.

We started the week in Hudson, Colorado, where Celinda Haynes found herself as the victim of an unusual crime: She was stabbed by her dog, Mia, who had grabbed a large pairing knife from Haynes’s kitchen counter with her mouth. But everything turned out okay: Haynes was treated at a local hospital and released, and local police said they weren’t “charging Mia with anything because she’s a dog.”

Next, we explored the comedic stylings of Sunday Night Sex Talks, a Los Angeles-based comedy show created for women who want to talk about their dirtiest one-night flings and other hot messes of modern dating. “It started as a gathering that I would do with my best girl friends in college,” creator Jessie Rosen told Page Six. “We would recap all the crazy things that had happened Friday and Saturday night.” As for the juicy details of the shows, you’ll likely never hear them unless you attend yourself; everyone in the audience signs a “Vow of Silence” before the show.

Then we moved onto the heroic feats of a pilot named Mark Penell, who was flying his single-engine plane over central New York when its goddamn propellor flew off. Somehow, Penell managed to remain calm and land the plane like nothing happened. Penell, we salute you.

There was also the tale of Washington D.C. bartender Tripp Diaz, who had an eventful week after C-SPAN accidentally posted her phone-number during the presidential debate and encouraged viewers to text their thoughts about the contest. By Tuesday morning, she’d reportedly received more than 12,000 texts and 300 phone calls. Luckily for her, Verizon told her she’s unlikely to face any additional charges since she’d opted for the unlimited text plan.

Meanwhile, a French man who’d apparently had one too many bad experiences with customer service went apeshit in a Dijon Apple store, smashing several iPhones before launching into an inspired speech about…I’m not really sure because I don’t speak French. But he did sound very passionate.

And lastly, there’s the bizarre, sad case of 63-year-old David Hardy, who was charged with assault after punching a 5-day-old baby in the face last month in an Manchester, England supermarket. Hardy has admitted to punching the baby, but he claims he didn’t do so deliberately. “[H]e thought it was a doll,” his attorney said. No explanation was offered for why he thought it was okay to punch a toy doll in the face.