The Morning After: The Fresh Toast NW Launch In Seattle 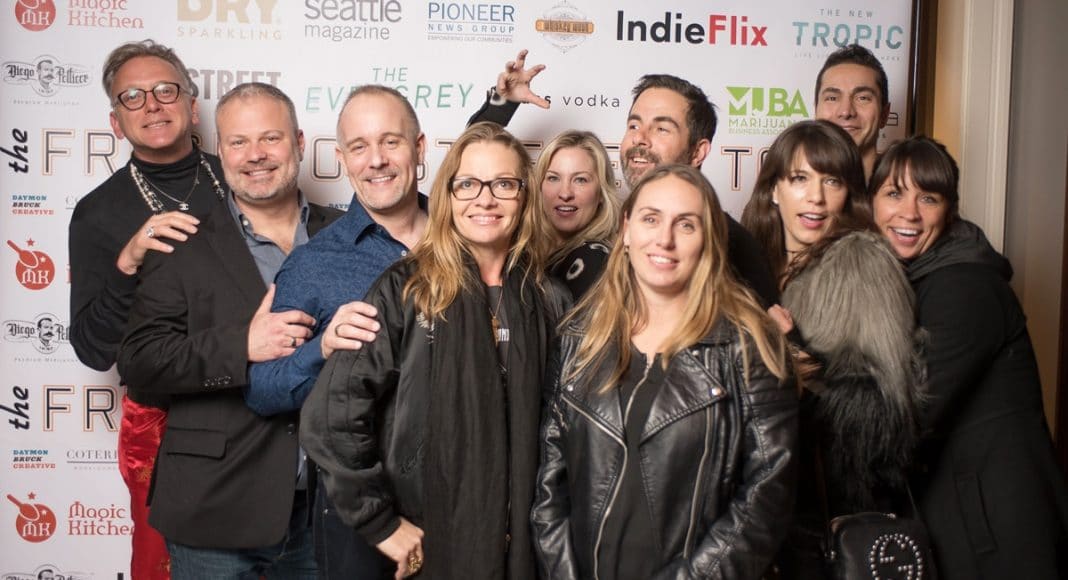 Not many people can decline a party invitation to help kick off a lifestyle/entertainment site with a side of cannabis. And while some likely expected deep fried mozzarella sticks and a big screen showing of Super Troopers on a loop, this was a classy affair.

Upwards of 250 guests (check out our Flickr album) were treated to Dry Soda Toasties, Glass Vodka martinis and specialty cocktails as they snacked on grilled PB&J, deviled eggs and a variety of other comfort foods provided by the Coterie Worklounge.

Editor-in-Chief Kelly Barbieri flew in from the NYC office for the event, as did our “Texas Bureau” (a.k.a. writer Brendan Bures, who’s located in Austin, TX).

At the launch, Founder-Publisher JJ McKay announced The Fresh Toast syndication with Sun Valley’s Weekly Sun, Pioneer News Media, Seattle Magazine, WhiskeyWash.com, and The New Tropic. He also announced a content partnership with IndieFlix, where TFT readers will get a complimentary weekly show from the online streaming service.

(Interesting note: during the party, IndieFlix was actually filming an episode of their new mockumentary called Grow Op. Look for The Fresh Toast to be featured in an upcoming episode!)

“I want to smear you on a cracker and eat you up,” the grandma whispered into Ben Dawson’s ear. Ben, one of the shirtless cooks in the road show 'Chefs – A Sizzling Kitchen Showdown' gave her a winning smile and guided her off the stage back into the sold-out audience.

4 Things To Do In Seattle Before And After Your Cruise