5 Of The Biggest Cannabis Influencers

Advertising in the cannabis industry is difficult. In most U.S. states where cannabis is legal, rules regarding cannabis advertising are complicated and extremely restrictive. For example, in California, businesses can only run ads in areas where “71.6 percent of the audience is reasonably expected to be 21 years of age or older.” The advertising landscape online is even far less forgiving. Most online ads platforms, such as Google Ads or Facebook Ads, explicitly prohibit the advertisement of cannabis products.

In the absence of reasonable advertising regulations for the cannabis industry, many business owners have turned to a new and rapidly growing form of advertisement: Social Media Influencers.

What is a Social Media Influencer?

Why Are Cannabis Companies Turning to Influencers?

As alluded to earlier, advertising in the cannabis industry is difficult. Not only are advertising regulations for cannabis complex, but also traditional means of advertisements are expensive. Buying ad space on television, radio, or a billboard can cost companies thousands of dollars with little guarantee of success. In contrast, influencer marketing is loosely regulated (for now) and less expensive.

RELATED: 20 Women Set To Dominate The International Cannabis Space In 2019

It is also easier to target specific demographics by relying on influencers that appeal to your core audience. Cannabis business owners may not know who is going to view their highway billboard, but they do know what kind of person is going to visit Snoop Dogg’s Instagram page.

Who Are The Leading Cannabis Influencers?

Comedian Seth Rogen has built a career off of starring in stoner comedies like Pineapple Express and This Is The End, so it is only natural that he would use his talent and fame to spread the word about cannabis. With 6.6 million followers on Instagram, Rogen might not be the world’s most widely followed celebrity, but he has built up a strong and loyal social media following.

Hoping to capitalize off of his reputation as a cannabis connoisseur, Rogen and his fried/business partner Evan Goldberg have teamed up with the world’s largest cannabis company, Canopy Growth, to launch a new hemp and cannabis company called Houseplant. Understanding the power of social media, Rogen announced the brand by leaving a cryptic message asking people to follow the Houseplant’s Instagram page.

Not content to be the World Heavy Champion of Boxing, sports legend Mike Tyson has dived headfirst into the cannabis industry. Like Seth Rogen, Tyson has leveraged his fame to turn himself into one of the industry’s leading advocate. Tyson has partnered with the upscale cannabis dispensary Planet 13 to be the exclusive launch partner of his 40-acre cannabis resort, dubbed Tyson Ranch. In addition to Tyson’s 7.6 million Instagram followers, Tyson has a popular cannabis podcast called Hotboxin’ with Mike Tyson, which has close to 90,000 followers.

“Tyson Ranch, consists of a team with 100+ years of industry experience focusing on quality to make premium cannabis products. We are all about going the extra step to offer truly great cannabis. The Planet 13 Cannabis Entertainment Complex offers customers an ultra-premium cannabis experience that dovetails perfectly with Tyson Ranch’s belief that not all cannabis is created equally,” said Mike Tyson. 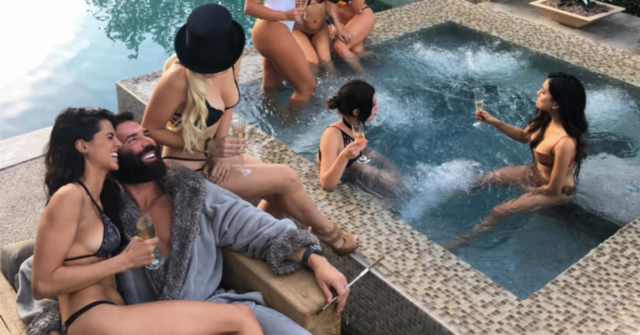 Dan Bilzerian, owner of the cannabis brand Ignite, is perhaps one of the biggest influencers in the cannabis industry. Often a polarizing figure within the industry, Bilzerian’s social media pages are filled with bikini-clad models in various states of undress, exotic locations, and more often than naught firearms. While some may characterize his social media presence as the epitome of toxic masculinity, with more than 26 million followers on Instagram, it’s hard to argue that he doesn’t have a strong following.

Bilzerian became one of the world’s most successful professional poker players, winning over $50 million in a single year. Despite not adhering to any social norms — and continuing to be unapologetically himself — he developed a reputation within the gambling community for always doing what he said he would do, a mindset that he’s carried with him into numerous investment opportunities, business ventures, and personal pursuits — creating an empire. Now, he’s dedicated to building a brand in the cannabis industry to live the Ignite lifestyle. 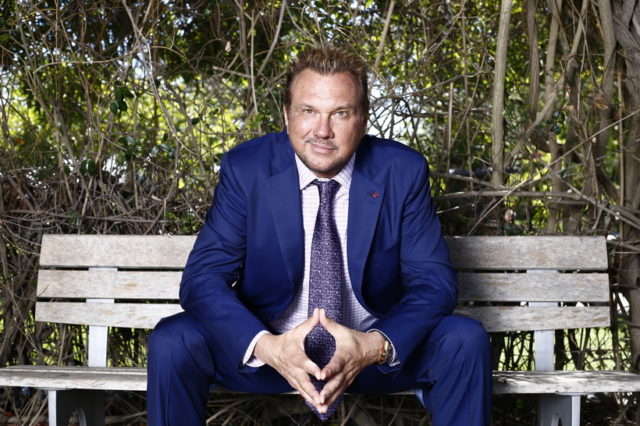 Michael Straumietis, also known as Big Mike, is the CEO of the cannabis fertilizer company Advanced Nutrients. Straumietis has built a career off of developing cannabis-specific nutrients and has leveraged that fame into an Instagram following of more than 2 million. Like Bilzerian, Straumietis’ social media often features scantily clad women, but to a lesser extent. Instead, Straumietis positions himself as a more of a cannabis thought leader than a globe-trotting playboy.

In 1996, BigMike took $25,000 he’d made from a small illegal grow in Temecula, California, snuck into Canada with a fake passport and built a growing organization 200 people strong. He then used his growing and business expertise to start his company, Advanced Nutrients. Today, Advanced Nutrients is the maker of the #1 selling cannabis-specific nutrient line in the world, with over $110 million a year in sales from 93 countries. Advanced Nutrients also lends seed money to individuals in developing countries who dream of starting a small business, but lack the means to do so. BigMike‘s charity Holiday Heroes feeds over 30 thousand people in need, each Thanksgiving and Christmas.

Charlo Greene is a former journalist turned cannabis entrepreneur that gained overnight fame after she announced live on television that she was quitting her job to pursue a career in cannabis. Greene is a somewhat controversial figure in the cannabis industry after running afoul of regulators in Alaska for launching eponymously named Alaska Cannabis Club. With approximately 214,000 followers on Instagram, Greene is what is called a “Micro-Influencer,” which is someone that has a small but dedicated social media following. Nevertheless, Greene has carved out a niche for herself in both the cannabis industry and the wider entrepreneurial community.

5 Of The Biggest Cannabis Influencers

In the absence of reasonable advertising regulations for the cannabis industry, many business owners have turned to a new and rapidly growing form of advertisement: Social Media Influencers.