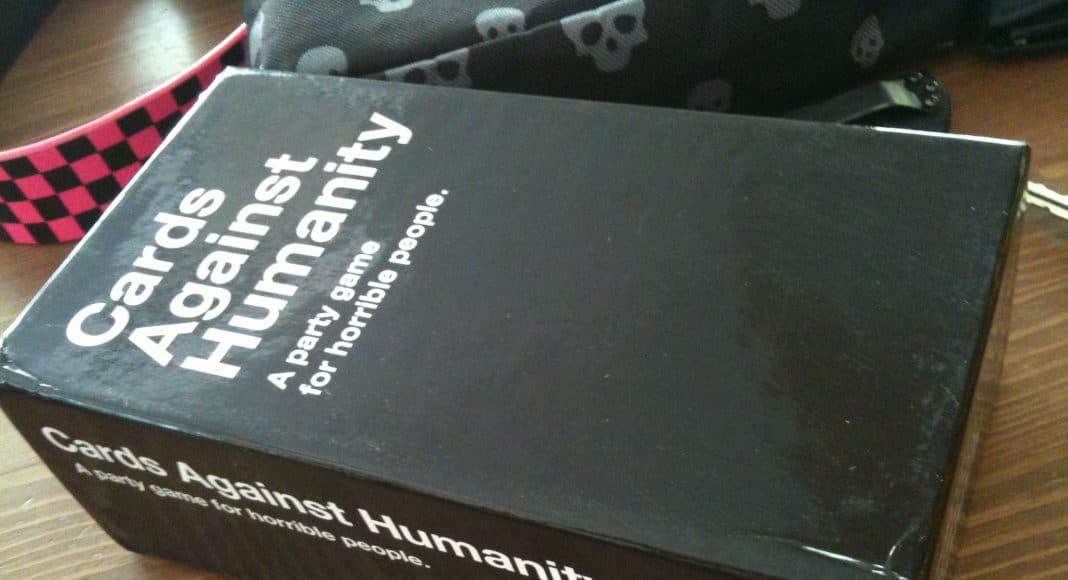 Cards Against Humanity, the irreverent, hilarious and sometimes raunchy “party game for horrible people,” is getting serious about legal weed.

The socially aware maker of the popular board game is teaming up with the Marijuana Policy Project in an effort to legalize cannabis in Illinois. Cards Against Humanity donated $70,000 to the MPP this week and will continue to fundraise for the campaign until legislation is passed.

A bill is currently pending before Illinois lawmakers and is anticipated to come up for a vote in 2018.

Earlier this year, Cards Against Humanity released the Weed Pack, featuring 30 cards and is for sale at CardsAgainstHumanity.com for $5. All proceeds from the sales of the custom cannabis cards will go to the MPP.

“We’re proud to support the Marijuana Policy Project because our current marijuana laws are failing,” said Cards Against Humanity head writer Jo Feldman. “Nationally there are more arrests for marijuana possession each year than for all violent crimes combined. The MPP has been at the forefront of changing marijuana laws for the better, in Illinois and nationwide.”

“Also, I could really go for a bean chalupa,” Feldman wryly added.

Similar Cards Against Humanity expansion packs have raised nearly $5 million for charity partners including DonorsChoose.org, the EFF, the Sunlight Foundation, the Wikimedia Foundation, Heifer International and the Chicago Design Museum.

“A recent poll says that 66 percent of Illinois voters support regulating marijuana like we do alcohol,” said Cards Against Humanity co-creator Max Temkin. “You’re telling me this effort is something the vast majority of people support that makes everyone happy and pays for our schools and roads, and we’re not doing it? For us, this is a common sense issue of racial justice, health justice and criminal justice. State and national politics are incredibly screwed up right now, but it gives us hope to think that we can make progress on these kind of common sense issues that everyone supports,”Temkin added.

The MPP was the driving force behind five successful state campaigns to make adult-use legal. In Illinois, MPP spent nearly a decade and more than $1 million securing an effective medical marijuana law, which passed in 2013.

“The team behind Cards Against Humanity is doing a great service helping us fight what really is a crime against humanity: marijuana prohibition,” said Chris Lindsey, senior legislative counsel for the MPP. “The Weed Pack is a hilarious approach to the topic but doesn’t overlook the fundamental injustice in arresting adults for using something that is safer than alcohol.”

The Complete Guide To Cleaning Your Cannabis Bongs, Pipes, Dab Rigs, And Vapes

Here's how to keep your green machines clean and resin free.

How To Beat The Munchies — Is It Even Possible?

How To Choose The Right Cannabis Strain