Friends With Edibles: Getting Way Too Buzzed On A Cannabis Mocha 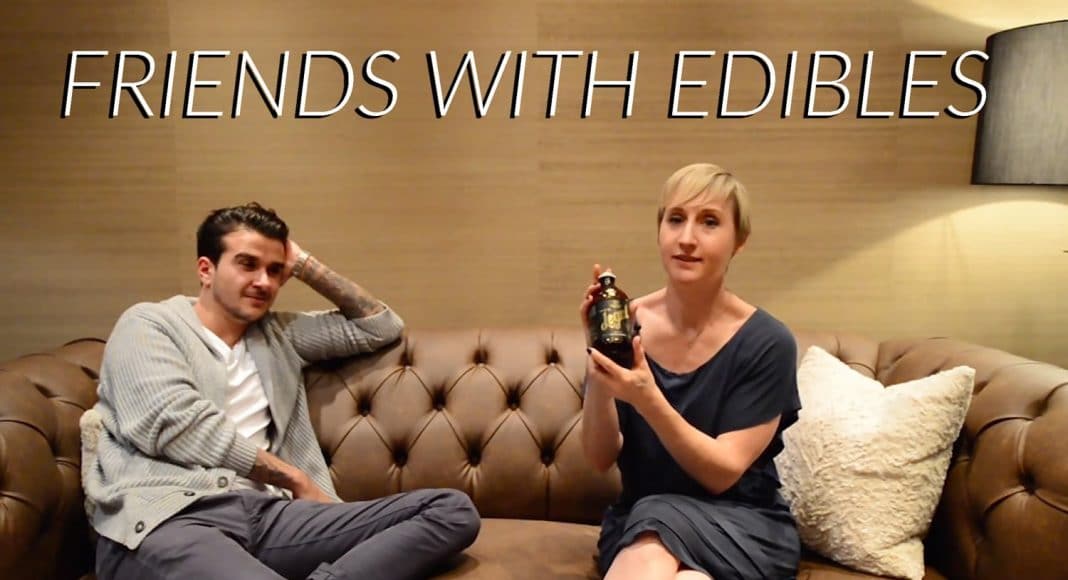 PSA time: If you’re going to enjoy an edible, make sure you don’t try and keep pace with a friend who has three times your tolerance. If not more.

This week, my friend Jon Amato, a cannabis veteran millennial (guess that’s now a thing), joined me as I sampled a Legal coffee mocha. There’s actually no coffee in this thing; it’s mostly sugar and coffee flavoring. It was described to me by the guy I bought it from as cold brew, but it’s not at all cold brew. It’s cold and it’s coffee-ish flavored, but that’s where that comparisons end.

Long story short, when we shot this video, the beverage was no longer ready for its close-up. It had been out of the fridge for about an hour and was reduced to a warm and syrupy concoction by the time we drank it. Regrettably, it was not the sippable product it was meant to be. Turns out, the plastic cup it came with was an applicable vehicle after all!

Now, watch as these two dummies try to pretend they’re not high after drinking 2/3 of the bottle in two hours.

In all, we both consumed about 30-35mg of the stuff. About an hour after this video was shot, I made the mistake of getting into an Uber pool, which was fine for the first two minutes, until I completely lost my mind. The 15-minute ride felt like an hour, mainly because I could not carry a conversation with the poor guy who was sitting in the back seat with me. He was hyper-inquisitive about the food industry and what my job entailed and what my favorite restaurants were and, “Have you ever been to XYZ restaurant? What did your order? What did you think?” and OMG shut up! This guy asked me more questions than anyone I had ever met, and had I been sober, I probably would have loved to engage. But I could not understand a goddamn thing he was saying. At one point, I remember pondering the idea of jumping out of the Uber at a stop light. I got home (safely), turned on Netflix, and when Chelsea Handler was too much for me to comprehend (and my hands went numb), I just laid on my couch and slept off the high, which lasted about four hours. Somewhere during my paralysis, Jon sent me a text claiming “I feel great!”. Whatever Jon.

Moral of the story: if you’ve just overdosed on an edible, take an Uber X.

A special thank you to our videographer Colin Bishop for bringing the pizza.