New Study Confirms Cannabis Users Are Not Lazy Stoners After All

The commonly held perception that marijuana users are largely sedentary is not supported by new data on young and middle-aged adults.

The reefer madness-fueled cliché of stoners being couch potatoes, eating chips and watching television for hours was once what everyone thought of people who enjoyed smoking pot. But with the medicinal benefits of cannabis becoming more widespread, and as more people, start consuming the drug, we now know that the stereotype is nothing more than a fallacy.

More and more studies are emerging, revealing that cannabis users are actually likely to exercise more than people who don’t. The latest study, which was shared in the journal Preventive Medicine, was conducted by researchers from the Brookings Institution together with the University of Miami. For the study, they analyzed the association between exercise frequency and cannabis consumption within the last 30 days to observe if they had increased physical activity.

“Marijuana users are equal to or more likely to exercise than non-users,” write the authors. They add that “the commonly held perception that marijuana users are largely sedentary is not supported by these data on young and middle-aged adults.”

“As additional states legalize the medicinal and recreational use of marijuana, perhaps its impact on exercise, one of the leading social determinants of health, is not necessarily a primary concern.”

In 2019, a paper that was released in Frontiers in Public Health found that in states where cannabis is legal for recreational purposes, people use it either before or after a workout. Many of the participants also added that they believe cannabis helps them feel motivated for a workout, while enabling them enjoy the workout more while assisting in their recovery.

As a result, they feel motivated to exercise more frequently since cannabis use helps them recover from post-workout pain more efficiently. “Our results suggest that prior findings of cannabis users being more likely to meet official exercise recommendations may be at least partly associated with perceived impacts of cannabis co-use on enjoyment, reductions in pain and inflammation during and after exercise, and to a lesser extent motivation,” the study says.

“Furthermore, participants who use cannabis before and/or after exercise reported that they exercised more, and had positive attitudes about co-use on exercise, which implies cannabis may be a useful tool for exercise among some users. In other words, sedentary cannabis users, particularly those who attribute low physical activity to concerns about recovery, motivation, or enjoyment, may benefit from co-use, provided that they select low-risk exercise options that do not compromise safety during intoxication.”

This is one of a few yet significant studies showing promise that cannabis may indeed impact how we associate exercise.

RELATED: Study Shows How Marijuana Can Motivate You To Exercise

“These data suggest that many cannabis users in states with legal cannabis access use in conjunction with exercise, and that most who do so believe it increases enjoyment of, recovery from, and to some extent the motivation to engage in exercise. As these factors positively correlate with exercise behavior, using cannabis with exercise may play a beneficial role in the health of cannabis users,” says the study.

“There is a stereotype that cannabis use leads people to be lazy and couch-locked and not physically active, but these data suggest that this is not the case,” writes Angela Bryan, senior author of the study, who is also a professor in the Department of Psychology and Neuroscience and the Institute for Cognitive Science.

Naturally, when people are more motivated to work out frequently because of their cannabis use, you get people who are healthier and fitter than their non-consuming counterparts.

A study from the University of Colorado Boulder analyzed it, and their findings were interesting. However, they did limit their study set to senior Americans since “adults over the age of 50 are the fastest growing population of cannabis users in the US and those 65 years and older exhibiting the greatest increase in cannabis use,” says the researchers.

“Body mass index (BMI) of cannabis users was significantly lower than non-users,” says the study. “These preliminary data suggest that current cannabis use status is not associated with a negative impact on fitness and efforts to increase exercise in sedentary older adults.”

In other words, they found that cannabis has no negative impact on exercise but also that regular cannabis users were consistently exceeding their non-using peers when it came to performance.

“Interestingly, numerous studies have found that overweight/obesity rates are significantly lower among cannabis users compared to nonusers,” says the study. “For example, Hayatbakhsh et. Al found that young adults who reported using cannabis daily were approximately one-third as likely to be overweight/obese at 21 years of age compared with young adults who had never used cannabis.” 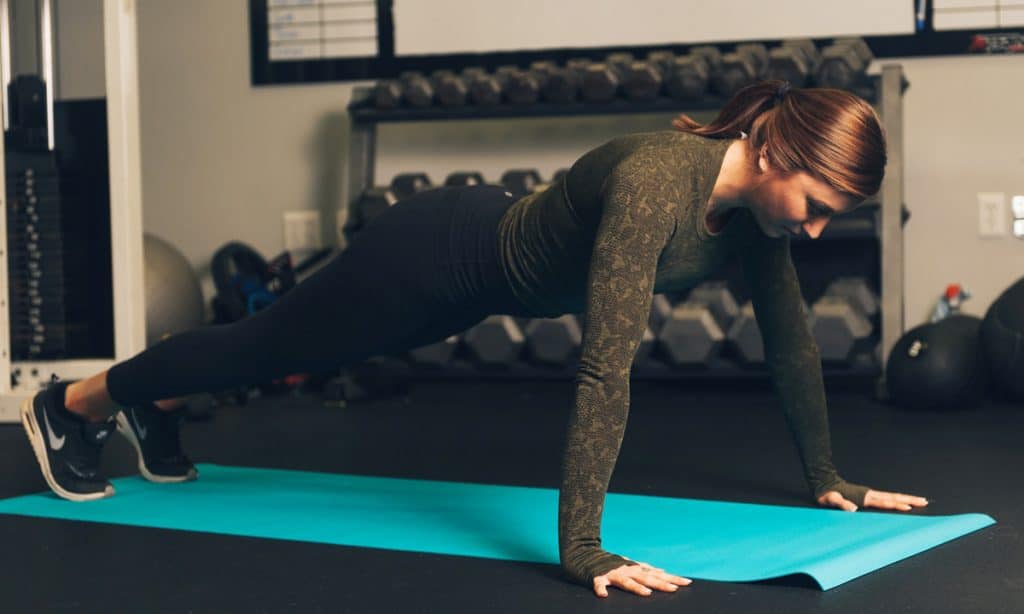 “Research on the association between cannabis and exercise engagement, although limited, is suggestive of a positive association. A survey of adults 20-59 years of age found that current cannabis users were significantly more likely to meet minimum physical activity recommendations than past users and nonusers,” write the researchers.

While the study authors were unable to provide any explanation as to the reasons behind why cannabis users are fitter than those that don’t partake, they hypothesize that, “As cannabis users report that cannabis use increases their enjoyment of and recovery from exercise, the users in our sample may have found their prescribed exercise program, as well as exercise outside of it, more enjoyable and manageable.”

People who toke up may tell you that exercising while high makes it much more enjoyable, but beneath the surface there are likely many chemical interactions at work. For example, people say that running gives you a “runner’s high”, which is described as that euphoric feeling that we enjoy when people reach a certain level during their workout. This is because we release chemicals called endorphins.

A 2003 study discovered that the exercise-related euphoria we feel may actually be originating from the endocannabinoid system, since researchers found higher levels of anandamide in the blood of participants who ran during lab experiments. This is why cannabis might make it easier for us to get ahead on those awesome feelings.

So why not incorporate more cannabis into your fitness routine? Go ahead, it will do good for your body.

This article originally appeared on Cannabis.net and has been reposted with permission.

How can you stay productive while using cannabis regularly?

Talking To Your Kids About Cannabis In 2023